Jeep Gladiator Hercules: for the Raptor? Lovers of powerful off road vehicles are in luck; Jeep ಹೊಸ ಆವೃತ್ತಿಯಲ್ಲಿ ಕೆಲಸ ಮಾಡಬಹುದು Jeep Gladiator (model that illustrates this news), which could bear the nickname of Hercules. 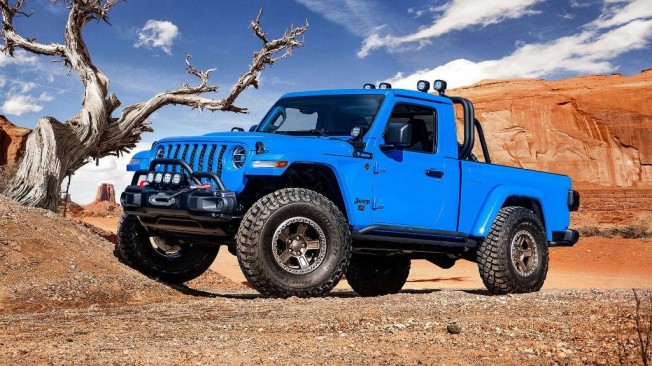 ಹುಡುಗರಿಗೆ Jeep Gladiator Forum affirm that, according to internal FCA sources, the brand would be considering the creation of a high-performance version of the Gladiator pick-up. This car is being considered at the moment, with the aim of determining its viability in the market, so it has not yet received final approval.

For this reason, no contract has yet been signed, and Jeep would be manufacturing prototypes in order to carry out tests. Whether this is true or not, the truth is that tests have been seen by FCA of models that could fit this idea.

During an interview granted last year during the Los Angeles Motor Show, the head of Jeep, Mark Allen, suggested that a high-performance off-road model could be launched. He didn't go into detail, but Jeep management could take the base of the Gladiator to carry out this idea, just as Ford already did with the Ranger Raptor. When you driving offroad with Gladiator, do not forget to upgrade Jeep ಗ್ಲಾಡಿಯೇಟರ್ ಜೆಟಿ ನೇತೃತ್ವದ ಹೆಡ್‌ಲೈಟ್‌ಗಳು, it is worth to do so.